Up, up and away

Finally got the seven set up today. As in rideable. Indeed, I rode it and it was good. I had forgotten how stiff the drive 'platform' of the frame was, whilst retaining such comfort vertically.

The Jones H-bars are (as everybody seems to say) super comfy. The reach on the bike might be a little short with the 130mm Ritchey stem, but it works a treat otherwise. I think I have commented how much I like Paul comp. stuff, so I'll simply add that in use, the short pull levers and moto-bmx brakes allow for excellent feel as well as the conversion to 700c wheels.

Unrelated, I have put my names down for Matt Chester's new zine 700see....wheel c what it is like?
Posted by dRjON at 7:38 PM No comments:

I spent some time yesterday reading about how to make espresso well. For those of you who are interested in such things, it is a useful thing to revise every now and then. I made a splendid cup of latte this morning with Aged Blue Pearl beans from Imperial Teas of Lincoln (http://www.imperialteas.co.uk/), who I would thoroughly recommend if you are looking for top class beans by mail order. Just cleaning out the coffee hopper and tamp'ing seemed to make an enormous difference.

btw: a 'black eye' is a cup of americano or drip black coffee with 2 shots of espresso in it. This was the winning combo for me when I was in New York.
Posted by dRjON at 12:40 PM No comments:

"I’ve got a bad disease.

From my brain is where I bleed.

Insanity it seems, it’s got me by my soul to squeeze.

Where’s all the love for me, with all the dying trees I scream.

The angels in my dreams yeah, they turn to demons of greed thats me.

Where I go, I just don’t know.

When I find my piece of mind, I’m gonna give ya some of my good time.

Today love smiled on me.

It took away my pain say please, oh let your ride be free.

You gotta let it be oh yeah.

Where I go I just don’t know, I’ve got to gotta gotta take it slow.

When I find my piece of mind, I’m gonna give ya some of my good time.

Oh so polite indeed, well I’ve got everything I need.

Oh make my days of greed, and take away my self-destruction.

I’m on a roller coaster but I’m on my feet.

As we are talking about being locked away...

Trina has been focused like a Jedi on photoshop recently. She is responsible for keeping the images on this blog both sharp, cropped and coloured appropriately...

Hugs for the assist....previous and always. 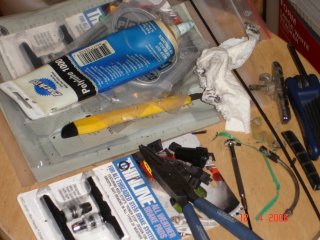 I have been locked away in the bike room for weeks. Fettling and fussing. Wrenching and wrangling. A while ago I bought some Paul components (http://www.paulcomp.com/) short pull brake levers and some moto bmx brakes. This was to allow me to run 700c/cross wheels in a 26" wheel mtb frame.

Then I got the RoShamBo and it all got shelved.

After a little work and a pint of espresso, Look what happened... 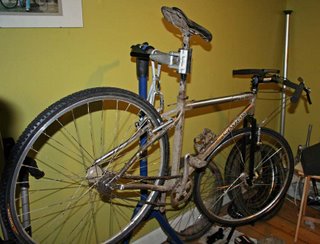 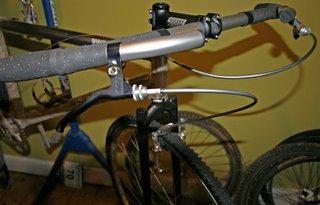 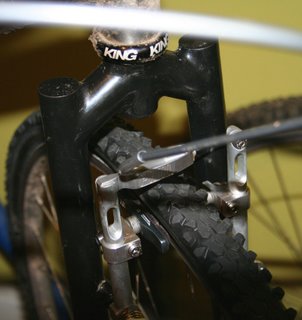 No gas in the tank: no money in the bank

So after spending a chilled and smile-filled weekend visiting Maya, Pauline, Mike and newbie baby Sophia in Dundee, I slipped out for a ride today. The sunshine-ometer said go South and East young man and I was rewarded with a truly glorious day. Sunshine and warmth for the old bones. The aim today was to get some climbing in and to stay out on the bike for 6 hours.

Well, I got some climbing in.

I decided to head down to Cardrona forrest and try to pick up some of the route south towards Selkirk. This would hopefully take in some of the trails used in last years excellent Selkirk Merida 100km Mountain Marathon. However, the initial climb from Cardrona village seemed to be endless (despite only lasting 1/2 an hour) and at the top I was well into the snow line. Fortunately, this was patchy at best until I got to (what I think was ) one of the 3 Brethren hills. Due to somewhat deeper snow, and not bringing a map, I took a bearing with the old Suunto watch-compass and headed north. This eventually dumped me out on the Southern Upland Way which I followed for some time, before dropping down towards Cardrona again. Taking in some of the amazing , if a little cheeky, Cardrona winding, singletrack trails and then finishing with a swipe towards Innerleithen.

Back to the v dub at 5 hours, thoroughly broken.

People tell me I have lost weight over the last 6 months. In some ways it is helpful, in others (like today) it is not. Within 1 hour I was bonking. That is after having a big bowl of cereal for breakfast and a big meal last night. I have no sizeable glycogen stores. I had to eat almost every hour in order to avoid hitting the wall, unheard of for me. In previous years - even in early season - I would go 3 hours minimum before any food was required.

My strength is poor. Leg and arms feeling it when climbing. My lactate threshold is in my socks. I was redlining after climbing for 15 minutes. Terrible.

For some reason I thought I had better form. I have managed a few 4-5 hour rides this year so far, despite the snow, but they must not add up to much base.

So, plan of attack is to do increasing distance and vertical displacement rides weekly. I have a plane to catch after all...
Posted by dRjON at 9:27 PM 2 comments: 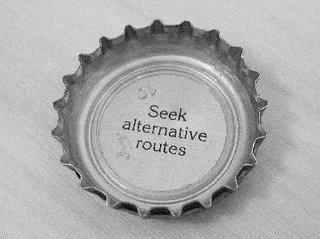 Seems as though my training schedule has gone into neutral recently. Either that, or I am in a semi-permanent 'rest phase'. Still, it is best not to lose heart. The sun appeared this week, giving some warmth to the bones and the promise of some longer and less cold rides. This is especially good as my fingers are getting worse and worse in the cold.

Also found out that xtr centrelock disc rotors don't have the same braking surface as BB7's or BB5's. This means the pads will not wear evenly and thus issues. So, rotor adaptors it is. No big deal.

So what colour headset? Brand is established, but I'm thinking pewter...
Posted by dRjON at 6:37 PM 2 comments:

So: I am a little further into the IF ordering process. So far, I have a blueprint showing the salient dimensions. I have made a few queries and based on those a couple of things will be changed. All this is made a lot less stressful as it is not dissimilar to the Seven ordering process.

At first it is quite easy to be over awed by the ordering/fit process. Especially as it can be difficult to process the results and predict the ride. For the most part you simply try to understand what the different parameters are (such as the importance of trail and front centre etc) and then have faith in the builder.

For me one of tamest interesting aspects so far is the fact that no matter how you look at it, the trail on my Kelly is long when compare to what would be traditionally seen as a agile trail figure for a 26" wheel bike. We are talking 80 mm or so.

There are precedents to this: Mike Curiak always claims superb singletrack manners on his bike which invariably have 80-90 mm of trail. You would be forgiven for thinking this a little counter intuitive: a road bike has a trail figure of 40-50 mm; so why would a much longer heavier front steer fast? Maybe it is because of lean angles or some such. When I am finally able to understand the chapter on steering dynamics in Bicycling Science, I'll let you know.

Suffice to say, it's going to interesting as we proceed. Updates to follow.

Decals and paint? You know me: grey, grey grey. What about some headset colour I hear you cry?


I also have managed to not post about the trip to Eastbourne to see the crew in the South. Needless to say: excellent company; North Downs riding is truly high class; the riding out of Biff's back door is a smidgeon less good; Jo and Jenn on top form and he still has the nicest calves; also great to meet the Diproses.

I will have some photos at some point, when I can master the technology...